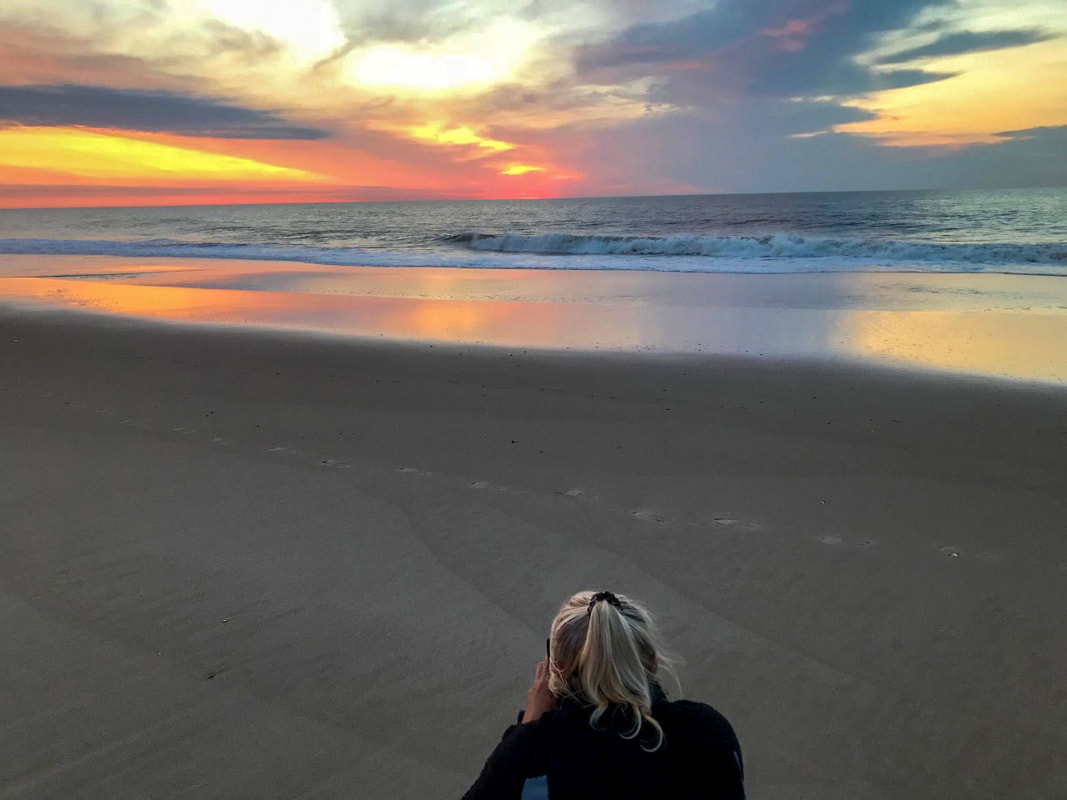 Hi everybody!
​    Many of you know me as Pat Vojtech from the many art shows I have participated in over the last two decades across Maryland, Delaware and Virginia, and as the author/photographer of three books on the Chesapeake Bay. In recent years, I married a great guy, Rusty Keene, who helps me with my shows, thus the additional name.
I began my photographic adventure at age 15 when I fixed the focusing knob on a twin lens reflex camera I found in my parents' basement in Centreville, Md. I figured if I could fix the camera, I could become a photographer. Little did I know how much fun, hard work, and satisfaction my passion for photography would bring me....and evidently many of you who have purchased photographs from me! I set up a cheap darkroom in that basement, discovered the magic of a silvery image unveiling itself in developer fluid, and my career took off.
At age 16, (as Pat Emory), I worked for the Bay Times, in Stevensville, Md., photographing and printing pictures for them, as well as writing. Then I worked for the Star-Democrat in Easton, Md.  After marrying and giving birth to my son, George, I began a freelance career that included writing and photographing for The Baltimore Sun,  and numerous regional magazines, and a few national ones, including, Sail, and Woman's Day. In the 1993,  the first of my 3 books, Chesapeake Bay Skipjacks, was published by Tidewater Publishers. That was followed by Lighting the Bay: Tales of Chesapeake Lighthouses, and Chesapeake Wildlife: Stories of Survival and Loss.  Those books can be purchased through Schiffer Publishing, which bought out Tidewater Publishing.
I have been selling my photography and books at art shows since 2000. Today, I mainly participate in shows along the Delmarva cost, including Lewes, De., Rehoboth, De., Bethany, De., and Ocean City, Md. with occasionally ventures into Virginia.
​     I used to specialize in Chesapeake Bay photography and still sell pictures of skipjacks and lighthouses, but I now concentrate my time on photographing the beautiful beaches on Delmarva.
Rusty and I live in Salisbury, Md., which makes most of my beach destinations within an hour's drive. We enjoy beach walking (and photographing), sometimes at dawn, biking along the numerous coastal trails, and kayaking in the nearby bays and rivers.
Please join us at our Art Shows and introduce yourselves or reintroduce yourselves if it's been awhile!
Pat Vojtech Keene
Powered by